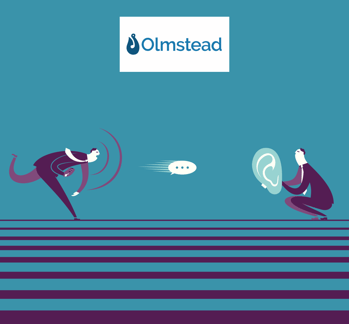 DI Lesson 1:  Distribution Intelligence (DI) needs a seat at the table.  Sabermetricians, i.e., those who use data in the search for objective baseball knowledge, have risen from the windowless back room to the front office and are now often found running teams.  Similarly, to harness the full potential of the analytics, DI should not be viewed as a support function, but rather as a key strategic partner and influencer in the Distribution Strategy process.  Data scientists are a critical part of the team, but DI is a business function as it is essential that DI leadership understands distribution in order to define the best applications of data insights.

DI Lesson 2:  Getting Buy-In is the Art that complements the Science.  Crunching the data to derive an insight is often the easy part.  Executing on that insight?  For those of you who have tried to sell your top producing wholesalers on a new approach, you may know what I mean here.  Start small.  Pick your proof-of-conceptees wisely – ones open to new ideas, with the savvy to bring ideas into the marketplace and suggest tweaks, and who will serve as an internal advocate of a successful approach.  Even consider compensation-neutral assurances.  The key is to construct what Olmstead calls a DI3 model – one that turns Data into Insights into Impact using an Iterative learning process.

If you have read the book Moneyball, you know that it is not a coincidence that small market baseball teams are the pioneers of using data and analytics to gain competitive advantage.  The Rays total payroll in 2017 was $70M.  The Dodgers was $240M.  With that said, the success of the small market teams with their data-driven approaches was noticed and now every team invests heavily in the math.

DI Lesson 3:  DI can play a role in bending the cost curve.  The Asset Management industry laments its profit margin declines from 40% to the low-to-mid-30%s, while forward looking asset managers are strategizing on how to survive and thrive at sub-30% margins, even 25%.  The current pandemic has amplified the importance of true Transformation as the end of the long bull market has exposed some unsustainable operating models.  Done right, Distribution Intelligence holds the potential to increase the batting average (sorry, couldn’t help myself) of your sellers AND also lower the cost of sale.  Self-funding the DI initiative can be explored too.  Parallels can be drawn between a baseball team improving its cost structure through reduced reliance on higher-priced starting pitchers and, in our industry, the evolving expectations of the internal/hybrid/external wholesaler model, particularly given recent lessons learned in our new virtual meetings world.

Sergio Romo was returned to his role as closer in June.  Not because he wasn’t effective as the opener, but because the data showed that he was more valuable in the closer role and they had other pitchers that could fill the opener role.  They realized the end goal was not to win the first inning. Rather the goal was to win the game as a collective team through a combination of new data-inspired tactics and tried and true approaches.

DI Lesson 4:  Think horizontally, avoid silo thinking.  Distribution wants to be communicating to the right people, with the right message, at the right time, and, now more than ever, in the right ways.  This requires a team effort across sales, marketing, servicing, analytics, and product.  We see the shiny object syndrome resulting in narrow investments that support a specific business unit’s goals, but not necessarily the broader more strategically important objective of the firm.  The distribution architecture should not be about building a stack of leading tools like business intelligence, sales enablement, reporting, CRM, marketing automation, portals and websites.  It should be about looking across the sales, marketing and servicing business architecture to determine how an asset manager is going to be great at lead generation, pipeline management, closing, cross-selling, and client management.